‘The boundaries of Johannesburg are drifting away, sliding over pristine ridges and valleys, lodging in tenuous places, slipping again. At its edges, where the city fades momentarily into the veld, unimaginable new atmospheres evolve …’
This half-made world beside the freeways, where Tuscan townhouses are jostled together with township matchboxes and shanties, is the setting for Ivan Vladislavić’s new book. In a quartet of interlinked fictions, he unfolds the stories of four men – a statistician employed on the national census, an engineer out on the town with his council connections, an artist with an interest in genocide and curios, and a contractor who puts up billboards on building sites. As they try to make sense of a changed world, themes that have not been explored before in South African fiction come vividly to life. Ranging effortlessly across distance and time, Vladislavić deftly explodes our comfortable views and shows us what lies behind the seductive surfaces. 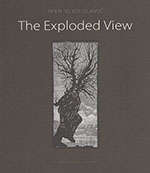 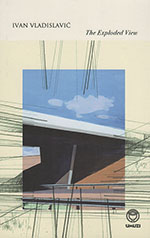 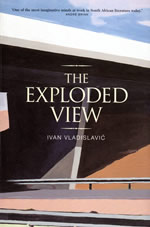 He turned onto the R562 and headed for the freeway. He felt like putting his foot down – there were never speed traps at this time of night – but a minibus was creeping up the rise ahead of him and he could not overtake. He dropped back and flicked on his brights. The taxi was listing so badly it seemed on the point of tipping over. Either the shocks were gone or the load had shifted. On the roof rack were stacks of cardboard boxes, a suitcase, a wheelbarrow, something wrapped in black plastic. A blind with ‘Born to Run’ printed on it in Gothic lettering had been drawn over the rear window.

Then an indicator began to blink and the taxi slowed again and wobbled to the left. As Budlender nosed past, a stone shot up off the tar, struck his windscreen and ricocheted away, leaving a crack the size of a man’s hand.

Even as he flinched from the impact, even before he saw that the taxi was lurching away down a side road, its headlights illuminating the shacks all around, Budlender realized where he was. A squatter camp had sprung up here in the last year on the open veld between this road and the freeway, directly opposite the new housing scheme. He had no idea what either place was called, but he had seen them from the freeway often enough, under a cloud of smog that drew no distinction between the formal and the informal, and he had passed between the two zones earlier that evening, an arrangement of little RDP houses on one side and a clutter of corrugated-iron and board shacks on the other. Somewhere in this field of mud and rust he had once noticed a bright sign saying Vodacom, where an enterprising builder had used a billboard for the wall of his house. There was only one entrance into the place and that was where the taxi had turned. He could not follow it there. But he braked anyway, with a curse, as if there was something to be done, some case to be made, and pulled over onto the gravel. He would have stopped altogether, but something drifted into range of his headlights: the inner tube from a tractor tyre, a huge black rubber doughnut, and a man reclining in it, with his head thrown back and his arms and legs dangling. He was floating there, in spiky new shoots on a blackened fringe of veld, with his fingers trailing in the ash of burnt grass, like someone bobbing in a swimming pool. The beams seemed to rake him from a shallow sleep, and he raised himself in the buckling rubber, arching his back, thrusting his seal-slick belly into the air, extending his right hand in a gesture of greeting or warning. Budlender took his foot off the brake and rolled onwards in neutral, while the naked man in the tube slid past the window, smiling drowsily, waving, drawn back into the dark wake of the car. 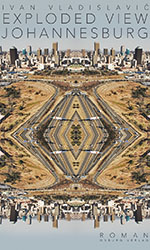 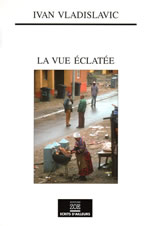 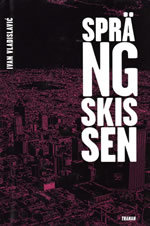